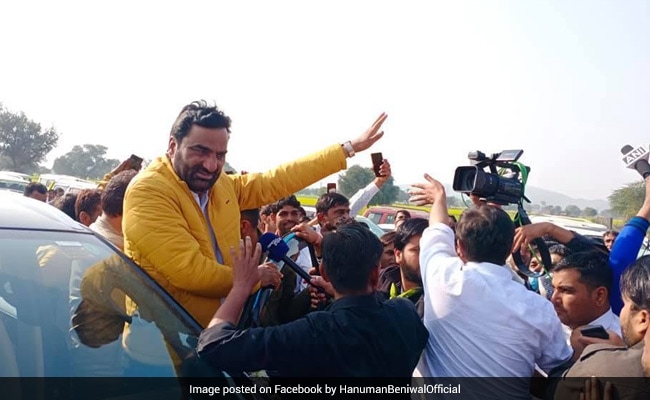 Hanuman Beniwal had formed the RLP after quiting the BJP. (File)

The Rashtriya Loktantrik Party led by Hanuman Beniwal on Saturday said it was quitting the BJP-led National Democratic Alliance (NDA) to protest the three agricultural laws that have provoked massive demonstrations by farmers.

“We won’t stand with anyone who are against farmers,” Mr Beniwal, a Lok Sabha MP from Rajasthan’s Nagaur, said, addressing protesters at the Shahjahanpur-Kheda border in Rajasthan’s Alwar district.

Mr Beniwal had launched the Rashtriya Loktantrik Party (RLP) in Rajasthan after quitting the BJP before the 2018 state elections. The party allied with the BJP ahead of the 2019 general election but has been critical of the farm laws and extended support to the farmers’ movement.

The RLP is the latest member of the NDA to leave the alliance which earlier has seen high-profile exits in the Shiv Sena last year and the Akali Dal, which quit in September after facing a backlash from farmers.

Inside Nagarjuna's Celebrations With Samantha Ruth Prabhu, Naga Chaitanya, Akhil Akkineni And Others

Global Top Brands Could Lose Up To $223 Billion From Data Breach: Infosys