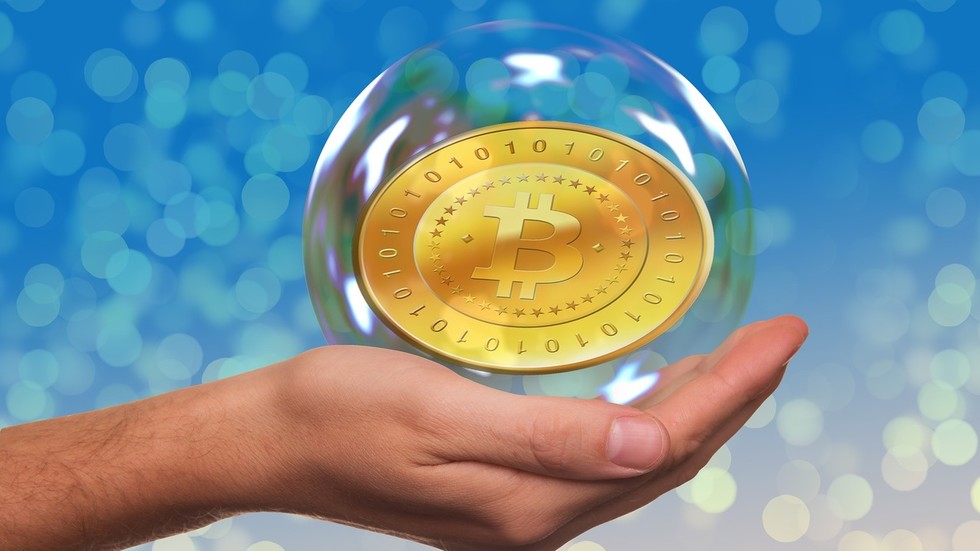 Nearly 90 percent of respondents in Deutsche Bank’s monthly investor survey said some financial markets are in bubble territory now, with cryptocurrency bitcoin and US technology stocks topping the list.

The survey, which was based on responses from 627 market professionals, revealed bitcoin is viewed as the most extreme case, as half of respondents gave the digital currency a rating of 10 on a 1-10 bubble scale.

US tech stocks were seen as the next largest bubble, Deutsche Bank said, with an average score of 7.9 out of 10 and 83 percent of respondents giving it a tech bubble rating of 7 or higher.

The survey also found that investors think bitcoin and electric car manufacturer Tesla are more likely to fall than rise over the next year. When asked specifically about the 12-month fate of bitcoin, which surged 300 percent last year, and about Tesla, which skyrocketed nearly 750 percent, a majority of respondents said they were now “more likely to halve than double in value,” Deutsche Bank said.

The respondents, however, said it’s not clear exactly what might “pop” those bubbles.

According to the poll, “easy monetary situations” supportive of bubbles are likely to stay, with 71 percent of respondents telling Deutsche Bank they don’t believe the US Federal Reserve will tighten policy before the end of 2021. At the same time, a quarter of investors said economic growth or markets could force their hand.