Home > WORLD > Bitcoin out, digital rupee in: India cracks down on private cryptocurrencies while seeking to launch its own digital coin 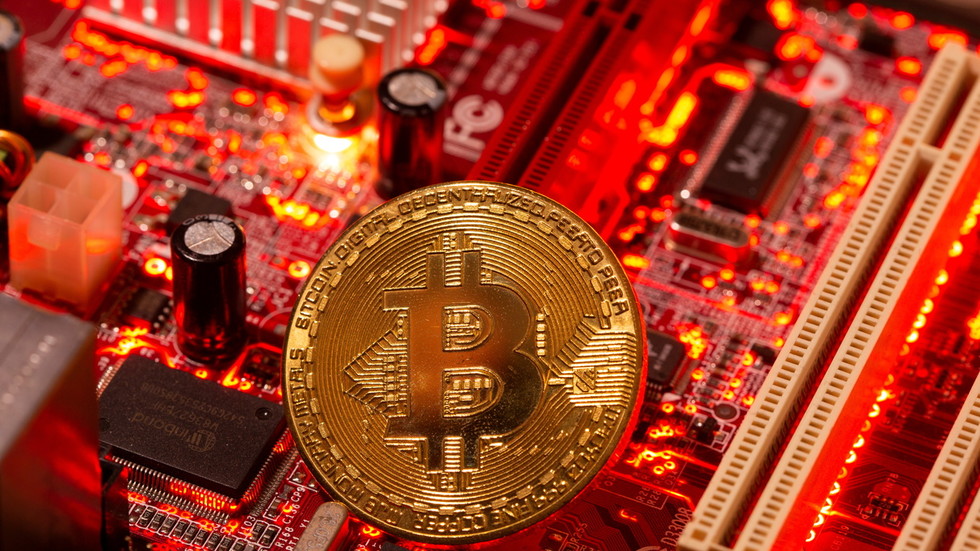 The Indian government plans to introduce a bill to prohibit “private cryptocurrencies,” paving the way to outlaw the likes of bitcoin. The law is set to facilitate the creation of the nation’s own official digital currency.

The ‘Cryptocurrency and Regulation of Official Digital Currency Bill’ was put on the government’s agenda, according to a bulletin, released by the lower house of parliament earlier this week. The proposed law could be discussed in several sessions, the first of which could be held as early as next week.

The legislation moves to prohibit what it calls “all private cryptocurrencies in India,” but allows “certain exceptions” to promote blockchain, the underlying technology of cryptocurrency and its uses. It also aims to provide a framework to set up an official digital coin, issued by the Reserve Bank of India.

The central bank previously said that the government has long been skeptical about the rising popularity of crypto assets and the risks associated with them. However, the regulator said it was considering whether there is the need for a digital version of fiat currency and the possible ways to use it.

The difference between national digital currencies and the likes of bitcoin is that the former are centralized – issued by central banks and pegged to fiat currencies, the rupee in India’s case. On the other hand, most popular cryptocurrencies such as bitcoin have no central bank or other government agent to hold customers’ funds.

India has previously tried to ban virtual currencies, including bitcoin. In 2018, its monetary policy regulator alerted banks that they must stop dealing with them, citing “various risks associated in dealing with such virtual currencies.” However, the move was subsequently overturned by India’s Supreme Court.

The potential new restrictions on crypto assets comes as the market has started booming again in recent months, with major tokens showing massive growth. Some of India’s industry players have already voiced concern about the consequences of the move, while others noted that there is no such thing as “private cryptocurrency,” as they are decentralized and public by nature.

“We urge the government to take the opinion of all the stakeholders before taking a decision, which may affect the livelihood of the entire workforce employed in digital asset industry in India,” Shivam Thakral, the CEO of one of the largest exchanges in the country, BuyUcoin, said as cited by the Times of India.

The success of the proposed bill will depend on the details, particularly the definition of what it calls “private cryptocurrencies,” according to Rahul Pagidipati, the head of another leading exchange, ZebPay. The CEO noted that there are millions of crypto investors in India, and called on lawmakers to consult with crypto and blockchain companies before making decisions.

“Crypto assets and digital government currency can co-exist and together, they can bring tremendous benefits to the Indian economy,” Pagidipati said as cited by Indian media.

Multiple rockets fired at major US airbase in Afghanistan – officials

Not believing in God ‘as dangerous’ as Covid-19 denialism says Head of Russian Church, asking followers to trust the experts