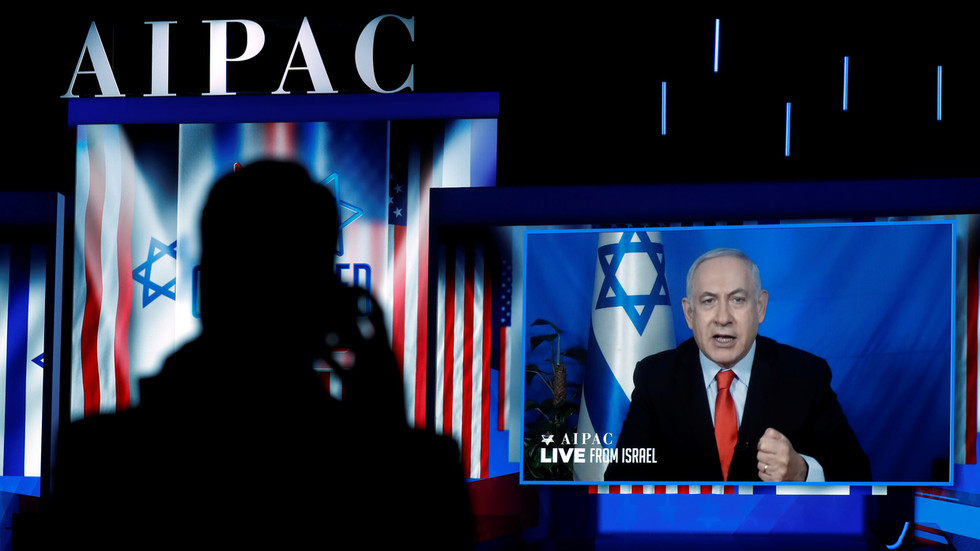 An investigative report about ties between President Joe Biden’s pick for cyberwar adviser Anne Neuberger and AIPAC has unexpectedly landed two Democrat-friendly journalists in hot water with the Washington establishment.

Neuberger is supposed to become Biden’s deputy national security adviser for cyber and emerging technology on the National Security Council. A “rising” star at the NSA, Neuberger got promoted to cybersecurity chief in 2019, after overseeing “a preemptive strike” at Russia during the 2018 election, reveals an investigative piece by David Corn of Mother Jones and Ken Dilanian of NBC News, published Wednesday.

EXCLUSIVE: Should a top US intel official in charge of cyber give over $500,000 to AIPAC, a group aligned with a govt that spies on the US & is spied on by the US—and is a key cyber player? That's what happened. Read my scoop, reported jointly w/ NBC News.https://t.co/hjEz0b1u8S

The Anne and Yehuda Neuberger Foundation has donated “hundreds of thousands of dollars” to AIPAC in recent years, according to Dilanian and Corn. The donations increased starting in 2015, when the foundation received a $93 million gift from the Chesed Foundation of America, a charity run by George Karfunkel – described as a “billionaire investor,” who also happens to be Anne Neuberger’s father.

Meanwhile, her husband Yehuda Neuberger chairs AIPAC’s Baltimore executive council, and lobbied against the Obama administration’s nuclear deal with Iran in 2015. The latter point may be the reason behind the piece, as Corn specifically argues that “AIPAC has been widely seen as a supporter of Benjamin Netanyahu and his far-right and hardline policies,” incompatible with the Obama administration line that Biden has been busy trying to restore over the past week.

“While Israel is a close American ally, it operates in its own interest and aggressively spies on the US, including using cyber capabilities, current and former officials say,” Dilanian wrote.

Meanwhile, Corn lets former CIA official John Sipher phrase it instead, saying that “In her world, when people think of cyber-threats, Israel is always there, even if it’s an ally. It is surprising that someone in cyber who understands Israeli capabilities would not want to steer clear of these politics.”

Sipher characterizes Neuberger’s donations to AIPAC as “unwise at best.” Corn and Dilanian cite unnamed intelligence officials as saying that while the donations are “probably” not disqualifying, they’re “not good.”

Even so, the duo spent much of Wednesday defending themselves from accusations of anti-Semitism from groups and individuals. For example, the American Jewish Committee insisted that Neuberger is owed an apology, because “questioning the loyalty of a public servant for supporting [AIPAC] is not just offensive, it reeks of bigotry.”

Neither my story nor the NBC News story on the same subject raised any question of loyalty. These pieces reported that national security and government ethics experts consider these donations problematic.https://t.co/hjEz0b1u8Shttps://t.co/1K71QPALSx https://t.co/OQJ2M9WkbS

Rabbi Michael Adam Latz said Corn was “intimating dual loyalty & claiming AIPAC is foreign-implying that Jews are foreign,” to which Corn replied that he never said either.

“It’s about policy,” Corn said, citing Barack Obama’s recent book saying that AIPAC is ”aligned with the Israeli right” and sided with Israel when it “took actions that were contrary to US policy.”

Not implying dual loyalty or AIPAC is “foreign.” It’s about policy. Look at what @BarackObama writes in his new book: AIPAC is aligned with the Israeli right and on policy disputes has sided with Israel when it “took actions that were contrary to US policy.” https://t.co/0aVwodKfDy pic.twitter.com/jfPkyOdHZc

Some of the arguments used in the back-and-forth were by themselves revealing, such as Defense One executive editor Kevin Barron saying that the US “officially is 100% biased toward Israel” and the Pentagon maintains a policy of backing Israeli “qualitative military edge,” presumably in cyberspace as well.

“No argument on that. This is complicated,” replied Dilanian.

Yeah, I know, so… this seems like it's combining a) the typical anti-AIPAC-trope story with b) the dual nationality trope story. Bias toward Israel? The US maintains Israel's "qualitative military edge" as DOD policy. The US officially is 100% biased toward Israel.

Corn was one of the first reporters to publicize British spy Christopher Steele’s claims about “ties” between then-candidate Donald Trump and Russia, which were put together on behalf of Hillary Clinton during the 2016 US presidential election.

Dilanian also took part in the ‘Russiagate’ reporting, and has a reputation of getting his stories vetted by the CIA – something that became part of the court record in the UK trial of WikiLeaks publisher Julian Assange.

One bright moment during #AssangeTrial was when Ken Dilanian's name came up in court as journalist who LA Times disowned because he shared stories with CIA in advance.

In fact, Crown Prosecution Authority didn't take any issue with this characterization of serpentlike conduct. pic.twitter.com/pzg2ojrH0q

US cold snap: Why is Texas seeing Arctic temperatures?