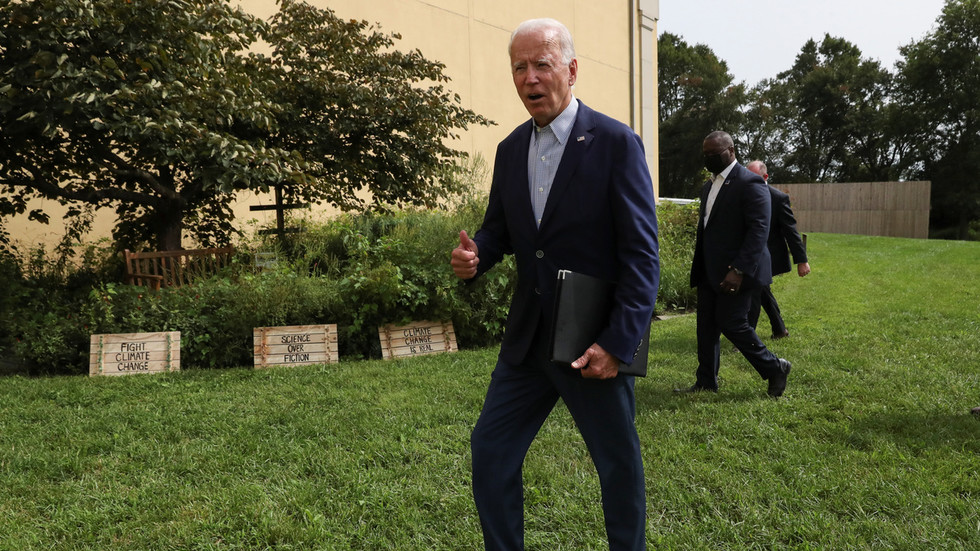 President Joe Biden has signed more climate-focused executive orders. Among them are directives setting climate change as a national security priority, and imposing a controversial ban on fossil fuel drilling on federal land.

Biden’s latest round of executive orders come after a record-breaking 40 presidential decrees during his first week in office. After day-one orders signing the US back up to the Paris climate agreement and cancelling the completion of the Keystone XL oil pipeline, Biden’s latest round of orders, signed on Wednesday, again focus on the environment.

A broad order titled “Tackling the Climate Crisis at Home and Abroad” instructs the government to consider climate change a national security and foreign policy issue. This order comes after Biden tapped former Secretary of State John Kerry as his Presidential Envoy for Climate, a newly created position on the National Security Council.

The order sets the date of a planned summit for world leaders on climate change for April 22. It starts the process of setting out the US’ Paris agreement emissions targets, instructs federal agencies to purchase clean energy and electric vehicles, and commits the government to the goal of conserving at least 30 percent of “our” land and oceans by 2030.

More controversially, the order makes permanent a temporary pause on new oil and gas drilling permits on federal land. When reports of this directive surfaced earlier this week, Republicans, energy companies and labor unions responded with anger, claiming that the move would cost many jobs, threaten the US’ energy independence, and deprive states of billions of dollars in royalty money.

Another passage in the order asks the government to “prioritize environmental justice” and route 40 precent of relevant federal investment to “disadvantaged communities.” The notion of “environmental justice” was slated by conservatives when it first appeared in Congresswoman Alexandria Ocasio-Cortez’ ‘Green New Deal’ legislation in 2019, with critics claiming it would lead to massive socialist-style wealth redistribution.

Biden’s second order of the day re-establishes the President’s Council of Advisors on Science and Technology, first convened by George W. Bush in 2001 and re-chartered by Barack Obama in 2010 and Donald Trump in 2019. Under Biden, the council will advise the president on topics from public health to “racial equity.”

Finally, Biden issued a memorandum tasking federal agencies with making “evidence-based decisions guided by the best available science and data,” and appointing a Chief Science Officer to each of these agencies to ensure compliance. Though its wording is nebulous, the memo seems to legally enshrine Biden’s equally vague campaign-trail commitment to “trust the science.”

Biden – who back in October declared ruling by executive order the mark of a “dictator” – has proven himself able and willing to flex the power of the presidency in his opening week in office. However, his core climate promise, a $2-trillion investment in green energy and infrastructure that mirrors many of the proposals of the ‘Green New Deal,’ will need to pass Congress, and even with both houses under Democrat control, could be filibustered by Republicans without a two-thirds majority.

Covid: Belgium and Netherlands ban flights from UK over variant

Australia-China row: 'I'm Australian – why do I need to prove my loyalty?'