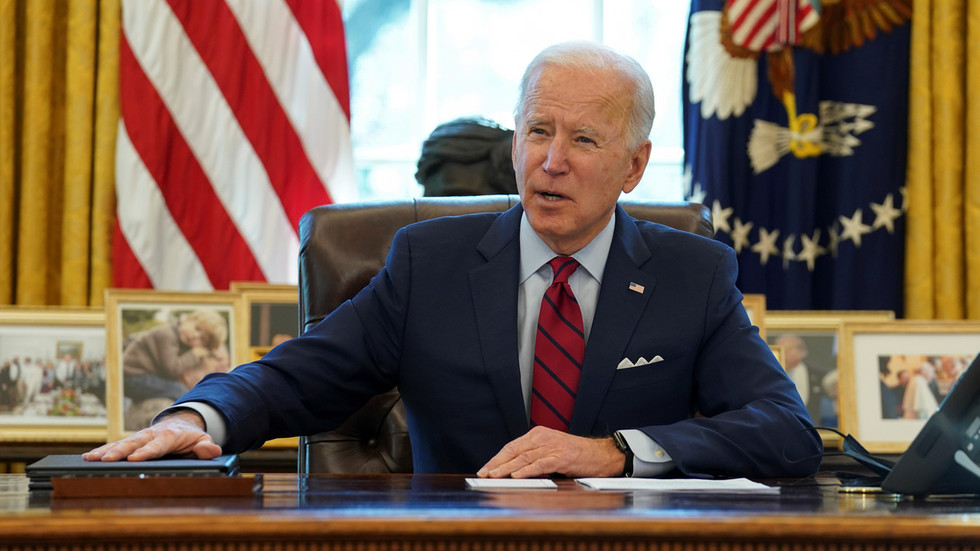 Joe Biden has been slammed from both left and right for not fulfilling at least one campaign promise, getting #BidenLied trending, triggering his supporters to try and hijack the hashtag to distract from the criticism.

After decades in politics, Biden being accused of lying to the public by critics is nothing new, but his first days as president have even some supporters questioning his honesty.

As numerous liberals called out Biden for his $1.9 trillion Covid-19 stimulus plan offering $1400 direct payments to Americans when he actually promised $2000 “immediately” after taking office (though he’s attempted to explain the discrepancy through some questionable math), conservatives and other critics jumped on the bandwagon and got #BidenLied trending on Twitter.

#BidenLied By the time the stimulus package arrives it'll be more like 600 bucks instead of the 2000 we were promised but don't worry, Jill Biden is going to hand out cookies later.

lol i was in GA working on the runoffs and 2k was the only amount being mentioned. #BidenLied #ossofflied and #warnocklied . https://t.co/MEy4CoieJR

No amount of creative accounting is going to turn $1,400 checks into $2,000 checks. #BidenLied

Conservatives used the hashtag to point out other controversial positions from Biden’s past.

Since #BidenLied is trending, here are my faves

Biden loyalists were clearly triggered by the wave of hate headed toward the president and desperately tried hijacking the hashtag to keep criticism from flooding users’ timelines.

Some leaned on the Donald Trump crutch and called out the former president as a liar and raged against conservatives jumping on the hashtag.

“Donald Trump lied 30,573 times in office according to the Washington Post and the GOP didn’t care about a single one of them, yet it took Republicans only 10 days of Biden being in office for them to get #BidenLied and their grotesque hypocritical fake outrage trending on Twitter,” liberal author Seth Abramson tweeted.

“Donald Trump incited unhinged racist gun nuts to assault the Capitol and murder members of Congress, simply because he can’t admit he lost an election. Go on with your #BidenLied garbage,” author John Pavlovitz added.

#BidenLied
"The wall that will make America great again" pic.twitter.com/VfraoGBSID

Others took a different approach and added the hashtag to random tweets expressing fandom or just pictures of their pets and other animals.

What if I Hijack #BidenLied so everyone can see the gorgeous Dave Grohl pic.twitter.com/CGGHdX6jol

#BidenLied anyways look at this cute photo of a cat i found pic.twitter.com/2Yo8uFvnJ0