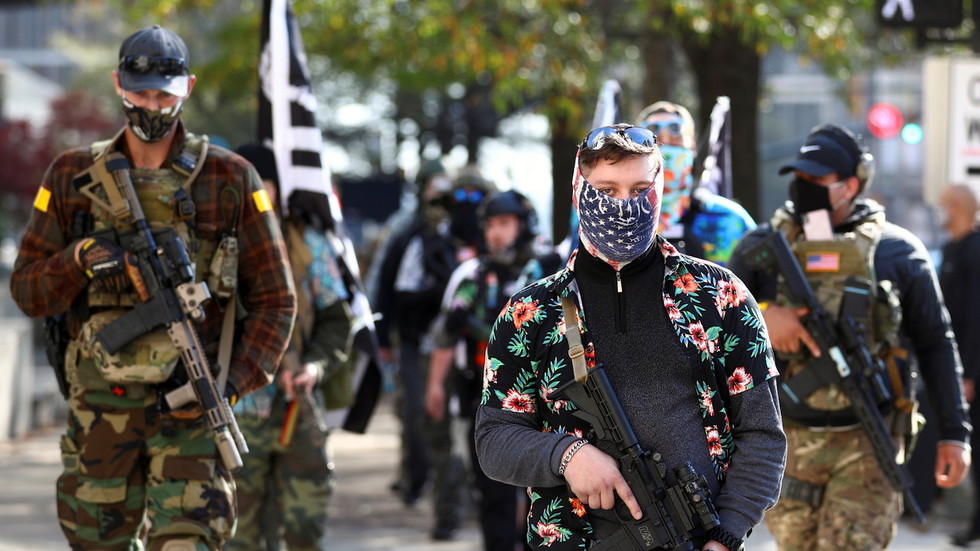 US President Joe Biden has ordered an intelligence review on “domestic extremism,” part of a sweeping offensive against homegrown militants in the aftermath of the Capitol riot, including a probe into the “role of social media.”

“The Biden administration will confront this threat with the necessary resources and resolve,” Psaki said. “We are committed to developing policies and strategies based on facts, on objective and rigorous analysis and on our respect for constitutionally protected free speech and political activities.”

The assessment was tasked to Biden’s yet-unconfirmed pick for director of national intelligence, Avril Haines – a former deputy CIA director under president Barack Obama – and will be coordinated with both the FBI and the Department of Homeland Security (DHS).

In addition to the intelligence inquiry, Psaki said the administration will undertake a “policy review” led by the National Security Council (NSC) to “determine how the government can share information better about this threat,” and to “support efforts to prevent radicalization.” The NSC will also look to coordinate federal agencies to “focus on evolving threats” and even consider the “role of social media” in extremism, though the press secretary did not elaborate on what that would entail, giving only a broad description of the initiative.

Earlier this week, Biden’s nominee to head up the DHS, Alejandro Mayorkas, told a Senate panel that he was committed to confronting domestic extremism, calling it “one of the greatest challenges” the agency faces. Ahead of the president’s inauguration on Wednesday, Haines similarly pledged to devote intelligence resources to the issue, heeding a chorus of media figures and lawmakers demanding action following the DC riot on January 6.

Former Obama-era CIA head John Brennan on Wednesday praised the Biden team for “moving in laser-like fashion” against the purported threat, saying the new administration would go after “an unholy alliance of religious extremists, authoritarians, fascists, bigots, racists, nativists” and – for some reason – “even libertarians.” Exactly who qualifies for such broad designations remains unclear, however, and the calls for draconian efforts against homegrown dissidents has triggered push-back, even from within the Democratic Party. Congresswoman Rashida Tlaib (D-Michigan), a member of the progressive ‘Squad,’ has vowed to oppose any ramped up authorities in response to the Capitol riot, recalling the massive and “disastrous” growth of the US security apparatus in the wake of the 9/11 attacks.

Skylab: The myth of the mutiny in space