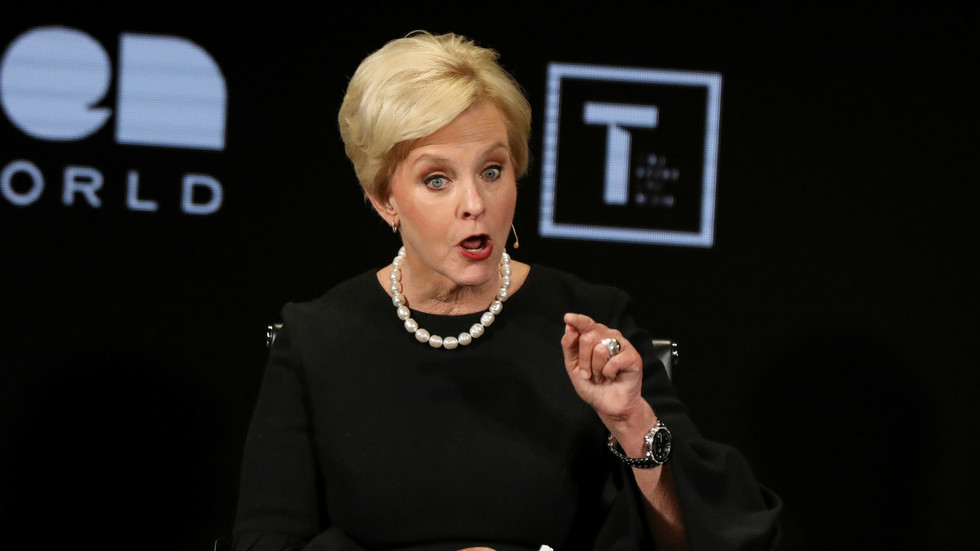 Arizona Republicans expressed their displeasure with Rep. Cindy McCain, former Sen. Jeff Flake, and Gov. Doug Ducey for the trio’s opposition to Donald Trump during and after the presidential election.

Flake and McCain both endorsed Joe Biden during the race, a controversial move that broke from their party, though neither seems to regret the decision. McCain went on to be one of 10 Republicans in the House to vote to impeach Trump for a second time following the US Capitol riot.

She called the censure from her state party a “badge of honor.”

“It is a high honor to be included in a group of Arizonans who have served our state and our nation so well … and who, like my late husband John, have been censured by the AZGOP,” she said on Twitter. “I’ll wear this as a badge of honor.”

It is a high honor to be included in a group of Arizonans who have served our state and our nation so well…and who, like my late husband John, have been censured by the AZGOP. I’ll wear this as a badge of honor.

McCain’s late husband, John, was also censured by the Arizona GOP in 2014 for having an increasingly liberal record. He also would go on to publicly feud with Trump before his death in 2018.

Gov. Ducey was listed along with Flake and McCain for Covid-19 lockdown restrictions in the state, with the party describing him as having “dictatorial powers.”

All three were pictured together at Biden’s inauguration earlier this month, with Flake describing the trio as “good company.”

Responding to the announcement from the Arizona GOP, Flake said he is “just fine being on the outs.”

If condoning President Trump’s behavior is required to stay in the AZGOP’s good graces, I’m just fine being on the outs. https://t.co/2rzCTu1AcZ

Being censured is mainly a symbolic move, but it is the latest sign of trouble for Republicans who have opposed the president. Due to her impeachment vote, McCain will now be facing a primary challenger when she is up for reelection.

Kirk Adams, the chief of staff for Ducey, questioned the censures and the future of the party’s loyalty.

“This is a time for choosing for Republicans. Are we going to be the conservative party?” he said. “Or is this a party … that’s loyal to a single person?”

Arizona is a typically conservative state but it flipped in Joe Biden’s favor by a narrow margin last year. It is one of many states with results Trump claimed were due to voter fraud, though his allegations were shot down in numerous court battles.