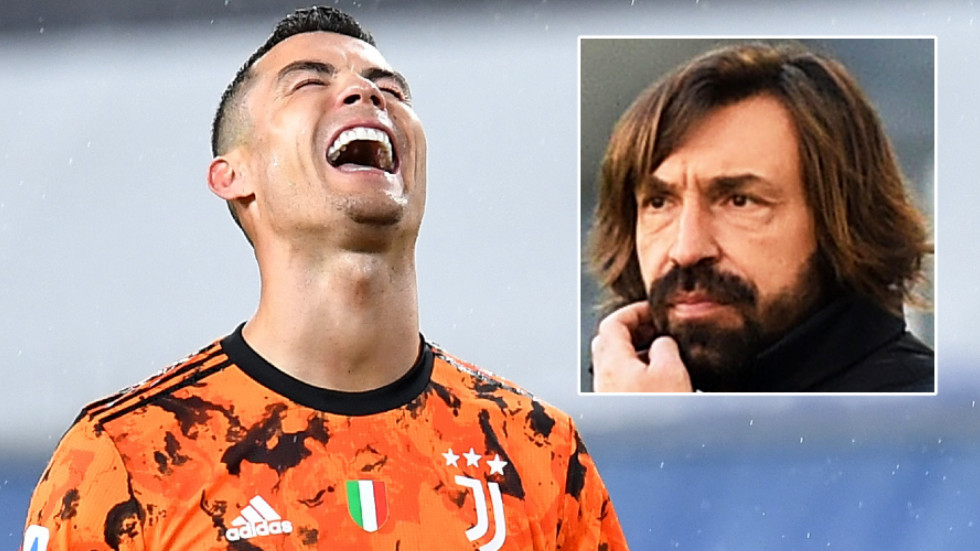 Cristiano Ronaldo was able to laugh as he helped Juventus beat Sampdoria 2-0, ending a week in which police confirmed they would be investigating his alleged breach of Covid-19 rules during a snowmobile trip with his lover,

The striker sparked controversy when footage emerged that appeared to show him on a trip out of the Turin region to celebrate partner Georgina Rodriguez’s birthday, sitting on a snowmobile with her in Courmayeur before reportedly spending a night in a hotel that was closed to the public.

Italian police confirmed to news agency Reuters that they are investigating the alleged breach, which could result in the pair being fined €400 each under regulations that state travel must only be made for work or second home purposes.

Before watching Ronaldo play a part in both goals in the Serie A win, Juve coach Andrea Pirlo had backed his star player at a pre-match press conference.

“Ronaldo was off duty and can do whatever he wants in his private time,” said the Italy legend.

“Off the pitch, [players] are free and everyone has to assume their responsibilities.”

Ronaldo celebrated Rodriguez turning 27 after being rested for Juventus’s midweek cup exploits, returning to help the reigning champions secured a fourth consecutive win and clean sheet in all competitions since losing 2-0 at Inter Milan.

The Portugal captain has scored only once in his last five league appearances, leaving the goals this time to a 20th-minute effort from Federico Chiesa and a strike by former Arsenal midfielder Aaron Ramsey in added time.

“Ronaldo played really well,” Pirlo told reporters afterwards. “He played a great pass before [Alvaro] Morata’s assist for the first goal. He is always important, even when he fails to score.

“It’s normal to be tired – we are playing a lot of games in this period. We have been playing every three days since the beginning of the season, so you can’t be at your best for 90 minutes of every game.”

Ronaldo remained top of the Serie A scoring chart with 15 goals, one ahead of Inter Milan marksman Romelu Lukaku.

Anything you can do: Football icon Cristiano Ronaldo beats Pele’s official goalscoring tally to move into second in all-time list

Hong Kong: Children to be taught about national security law