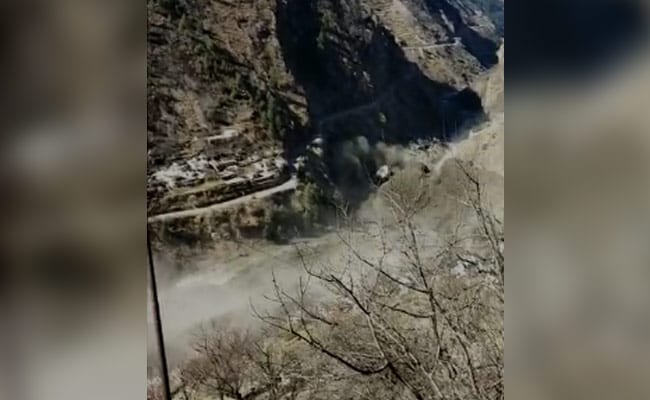 A glacial break in Uttarakhand’s Chamoli district on Sunday morning triggered an avalanche and flooding of the Alaknanda and Dhauliganga rivers, forcing emergency evacuations of nearby settlements and causing damage to a power project near Raini village.

Disaster management teams have been mobilised and hundreds of ITBP (Indo-Tibetan Border Police) have been rushed for rescue operations.

The state government has warned against visiting the banks of the Alaknanda and Ganges rivers from Vishnuprayag, Joshimath, Karnaprayag, Rudraprayag, Srinagar, Rishikesh or Haridwar.

“A disaster has been reported from Chamoli district. The district administration, police department and disaster management have been ordered to deal with this disaster. Do not pay attention to any kind of rumors. The government is taking all necessary steps,” Uttarakhand Chief Minister Trivendra Singh Rawat tweeted.

“There is also a possibility of flooding in the lower areas of Alaknanda due to sudden arrival in the river. People have been alerted in coastal areas. People settled along the river are being removed from the area,” Mr Rawat said, adding that he was on his way to survey affected regions.

Shortly afterwards Chamoli Police tweeted: “… the Rishiganga power project has been damaged due to glaciers in the Tapovan Raini area, due to which the water level of the river is constantly rising, due to which the people living along the Alaknanda River have an appeal that they are safe at the earliest…”

“If you are stuck in the affected area, if you need any kind of help, please contact Disaster Operations Center number 1070 or 9557444486. Please do not spread rumors from old videos about the incident,” Mr Rawat tweeted

57 Lakh Get Covid-19 Vaccine Shots In India, 3rd Highest After US, UK

2 Girls, Found Dead In A UP Field, Buried In Village Amid Heavy Security

Slogan War Intensifies Ahead Of Battle For Bengal