Home > WORLD > As the Olympics and Euro 2020 hang in the balance, should elite athletes be fast-tracked for the Covid-19 vaccine? 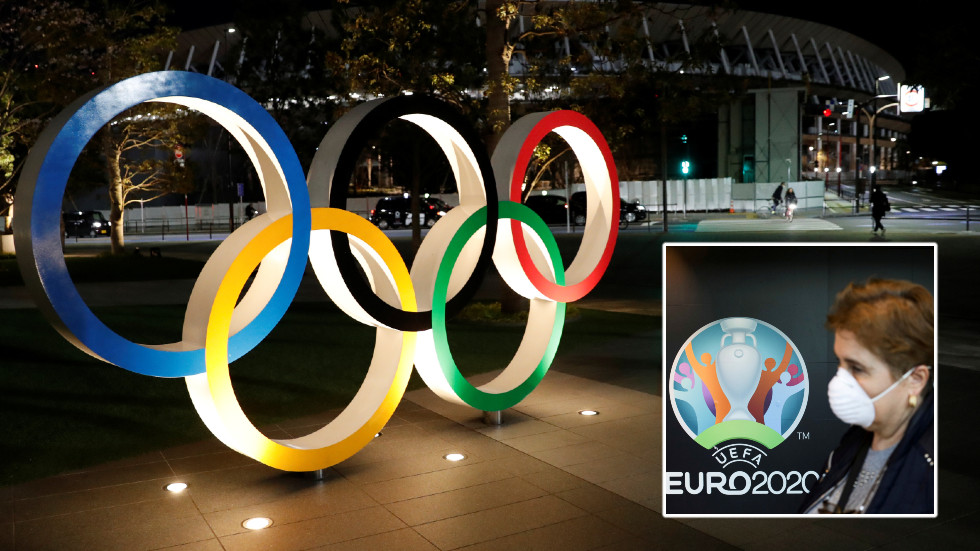 As the Olympics and Euro 2020 hang in the balance, should elite athletes be fast-tracked for the Covid-19 vaccine?

Considerable question marks remain as to the possibility of holding two of this summer’s largest sporting events amid the ongoing Covid-19 crisis, but should athletes be allowed jump the vaccine queue to ensure they go ahead?

The rollout of the various vaccines to combat Covid-19, including Russia’s Sputnik V jab, have promised a glimmer of light amid the global Coronavirus chaos which has affected practically every person on the planet in one way or another.

However, the rollout of the various vaccines has brought with it another debate: to whom should they be available, and where should the early application of them be prioritized?

Now, one won’t find too many people who would argue against those who are most in need of the vaccine being among the first to receive it. But once it has been made available to those in Covid’s immediate firing line – namely, the elderly and frontline medical workers – there are growing calls for elite athletes to be next up to help ensure that this summer’s major sporting events can progress unimpeded.

Take this summer’s Tokyo Olympics, for example. The event was postponed from last summer due to the onset of the virus and now, six months or so from the scheduled opening of the Games, organizers are dealing with a dissolving public appetite for the event to progress.

A recent poll indicated that more than 70 percent of the Japanese population are uneasy with the idea as the country records a seven-day case average of more than 4,200. Compare that to the seven-day average of just 125 at the start of last July.

British long distance runner Mo Farah, winner of 5,000 meter and 10,000 meter gold at the last two Olympics’, has said that vaccinating participating athletes is among the steps being considered by the International Olympic Committee (IOC).

“I think most people in a career want to go to an Olympics and take part in an Olympics,” Farah told talkSPORT.

“The key thing is to stay safe and see what the country can do. What they have said to us is, basically, everyone will be able to get Covid injections and after that it’s less risk of spreading the disease, and then from there just see what happens and take one day at a time.

“I think (the Games) will go ahead but at the same time, for me I have had the experience of taking part in three Olympics and I have to see it as another race and see what happens.”

The British Olympic Association, though, has distanced itself from comments regarding the immediate vaccination of athletes, with chief executive Andy Anson stating that Olympians should only receive their dose of the vaccine once it has already been provided to those most in need.

“There will come a time, hopefully ahead of the Olympic Games, when the athletes can be considered for vaccination, but we’ll only do that when it’s appropriate,” he said.

There is another element to the debate, however. While there would likely be outcry from some sections of the public if it was seen that sporting figures were being given preferential treatment, organizers of both the Olympics and Euro 2020 will face significant loss of income should the events be canceled.

Furthermore, in the case of the postponed European Championships, UEFA has said that it is still pushing ahead with its plan to host the tournament in 12 European cities – something which has drawn criticism from some quarters for its perceived extravagance during the pandemic.

The plan, though, was developed as a method to help boost the coffers of various European football federations at a grassroots level and a decision to host the tournament in just one country, or to cancel it entirely, would be a profound financial blow for the various administrations which govern European national teams and their various domestic infrastructures.

A further argument in favor of mass vaccination of elite athletes is that, in what has been a very rough 12 months, sports fans across the globe would appreciate the distraction of top-level sporting entertainment – even if that comes in hand with seeing scores of fit and healthy young people safeguarded against the virus while you, me and everyone else remain firmly rooted to our sofas in anticipation of brighter days.

While the reintroduction of major international tournaments like the Olympics and the European Championship would be welcome respite and a return to some sense of normalcy, any governing body pushing forward with a mass vaccination program for athletes before it has been introduced to the public en masse will almost certainly land themselves in the firing line from a parade of campaigners demanding fairness in vaccine introduction.

Everyone is equal, they will say. But some might be more equal than others.

NASA warns of THREE asteroids headed towards Earth, as Japan prepares for next mission to nearby space rock

Mumbai coronavirus: Back on board the world’s busiest trains

Algeria's protests are back and the president is worried