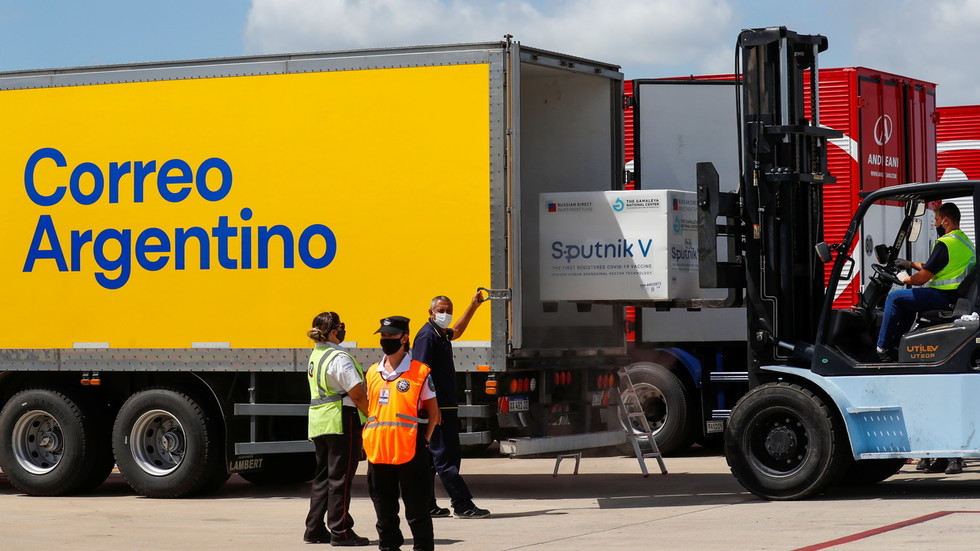 A plane carrying 300,000 more doses of Russia’s Sputnik V vaccine against the coronavirus has landed in Argentina’s capital Buenos Aires to allow the country to complete immunization of its frontline medics.

The refrigerated containers with the vaccine were delivered on Saturday from Moscow by a special flight of the Latin American country’s flagship carrier, Aerolineas Argentinas.

The delivery will be used to complete the two-shot Sputnik V vaccination program for the medics, who are working on the forefront of Argentina’s battle against Covid-19. The country has so far seen more than 1.78 million confirmed cases and over 45,200 deaths related to the virus.

Argentina began its vaccination campaign on December 29 after the first batch of the Russian vaccine, also containing 300,000 doses, arrived in the country. More than 200,000 jabs have already been administered.

Moscow and Buenos Aires have signed a contract for 10 million doses of Sputnik V, with more deliveries expected in Argentina later this month and in February.

On Friday, Argentina’s neighbor, Paraguay, joined Bolivia and Venezuela to become yet another Latin American country to approve Sputnik V for use in its immunization drive.