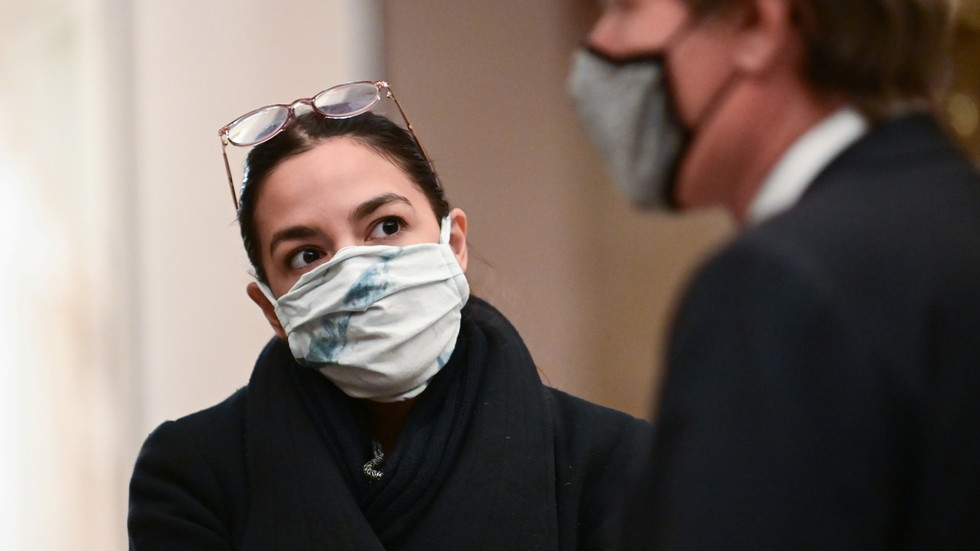 Rep. Alexandria Ocasio-Cortez is promoting a congressional committee to combat “false information” from being pushed by the media following the riot at the US Capitol, where the lawmaker claims she feared for her life.

During an Instagram livestream on Tuesday night, Ocasio-Cortez at one point answered a question from a viewer asking if there were discussions in Congress for “truth and reconciliation or media literacy initiatives,” and she confirmed there are.

“I do think that several members of Congress, in some of my discussions, have brought up media literacy because that is a part of what happened here and we’re going to have to figure out how we rein in our media environment so that you can’t just spew disinformation, and misinformation,” the congresswoman said.

AOC suggests adding “media literacy” as a mandate for a congressional “truth and reconciliation” committee pic.twitter.com/sv7UXMwvaO

The ‘Squad’ member added that she and other lawmakers are “looking into” this vague committee idea because “it’s one thing to have differentiating opinions but it’s another thing entirely to just say things that are false.”

Ocasio-Cortez did not detail how such a committee would go about policing speech in the media or what powers over speech she believes Congress actually has.

“False information” regarding election fraud, Ocasio-Cortez believes, is partly to blame for the storming of the US Capitol last week.

The New York Democrat also described her experience during the Capitol riot during her lengthy Instagram discussion, claiming she thought she would die and also saying she was fearful that “white supremacist” members of Congress would turn her over to the rioters.

Ocasio-Cortez has called on any Republicans who have “amplified lies to undermine our democracy, encouraged an attack on our Capitol, and tried to overturn our election” to resign following events at the Capitol, specifically targeting conservative members of Congress and Trump supporters like Sens. Ted Cruz (R-Texas) and Josh Hawley (R-Missouri).