Home > WORLD > Amid Trump’s calls for veto, Pence says he does not have ‘unilateral authority’ to decide which electoral votes can be counted 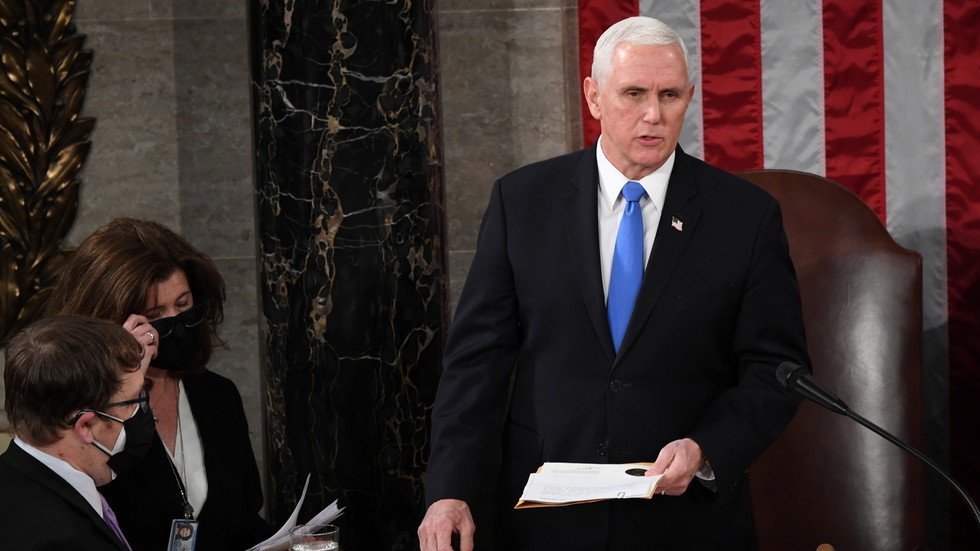 Amid Trump’s calls for veto, Pence says he does not have ‘unilateral authority’ to decide which electoral votes can be counted

In a letter to Congress ahead of certification of the Electoral College vote, Vice President Mike Pence claims he does not have the authority to dismiss votes, but acknowledged concern over “voting irregularities.”

Citing a “careful study of our Constitution,” Pence rejected calls for him to object or refuse to accept Congress’ certification of the Electoral College vote.

“It is my considered judgement that my oath to support and defend the Constitution constrains me from claiming unilateral authority to determine which electoral votes should be counted and which should not,” Pence wrote.

Giving a vice president the authority to decide presidential contests is “antithetical” to the Constitution and the separation of powers – and checks and balances – the Founding Fathers put in the Constitution, he added.

Pence did, however, acknowledge concerns of “voting irregularities” and “instances of officials setting aside state election law” in the presidential election.

“I share the concerns of millions of Americans about the integrity of this election,” he wrote, adding that he would make sure any objections from lawmakers regarding the election results receive a “fair and open hearing” while he is the presiding officer on Wednesday.

Pence’s letter follows numerous calls from Trump for his vice president to reject “fraudulent” electoral votes, something many critics argued he did not have the authority to do.

At the Save America rally in DC, Trump doubled down and said he will “never concede” the election to Biden, telling the gathered crowd he hopes Pence has the “courage” to veto the certification.

In a tweet before speaking at the rally, Trump also called for “extreme courage” from Pence and suggested states want a “redo” of their votes.

All You Need To Know About Switching, Spacing Covid Vaccine Doses

Oxford-AstraZeneca Covid-19 vaccine approved for use in the UK