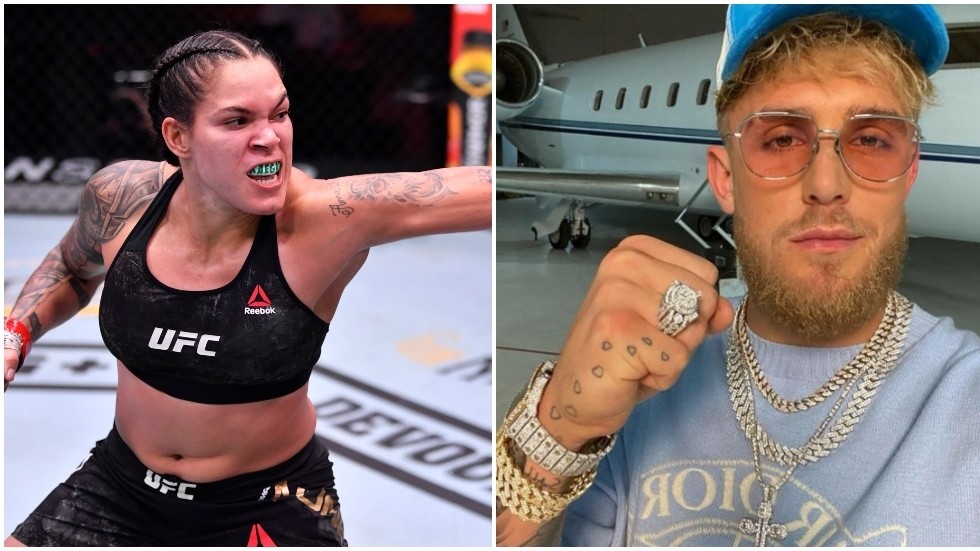 Dana White has fired another warning shot at YouTuber Jake Paul, insisting that two-weight UFC women’s champ Amanda Nunes would “put him in a coma” as the brash boxing wannabe continues to seek his next fight.

White previously said he was considering unleashing Brazilian queen Nunes “to knock Paul out” amid the social media influencer’s ongoing campaign to land a big name from the world of MMA for his next boxing bout.

Paul stopped former NBA star Nate Robinson on the Mike Tyson versus Roy Jones Jr undercard in November to improve his ring record to 2-0, and the loudmouth 23-year-old has since called out a host of names from MMA, primarily setting his sights on notorious Irishman Conor McGregor.

Paul mocked McGregor, White and others in a scathing satire clip just before Christmas, and has thus far dismissed the UFC boss’s suggestion of fighting Nunes, claiming “no one knows who she is.”

Meanwhile, White has given more words of warning to the attention-seeking YouTuber, whose brother Logan is set to face boxing icon Floyd Mayweather in a big-money if somewhat implausible exhibition bout in February.

“Neither one of [the Paul brothers] can fight,” White said on the Shout! podcast, as reported by MMA Fighting.

“It’s all a big gimmick. Like I said at a press conference, there’s a market for that. If people are dumb enough to spend their money watching that sh*t, I don’t know what to tell you. Good luck to them.

“I could care less what that guy [says]. I get it. He’s trying to make some money and doing his thing and there’s people out there who want to spend their money on that. I’m not that guy.”

Despite Jake Paul dismissing Nunes as a potential opponent in a cross-gender contest, White doubled down on the notion that the reigning UFC women’s bantamweight and featherweight ruler would be more than a match for her male rival.

“Amanda Nunes will knock that kid out,” said White. “To even think about that guy fighting, he’s like ‘I’m never going to fight a woman.’ You shouldn’t, because she’ll put you in a coma. The guy is just some kid off the street.”

White added that Paul was fortunate there was a pandemic and that he faces less chance of running into one of the multitude of names he has targeted with his social media insults.

“One of the big problems with him right now, he’s lucky there’s a pandemic,” said the UFC chief. “He’s talking smack about real people. Real people that he could run into at a restaurant some night and things like that. This isn’t a real guy. This is just some kid on YouTube.”

In his satire clip posted just before Christmas, Paul mocked the size of White’s manhood and claimed the UFC boss had “fumbled the ball” after claiming he had put a $50 million offer on the table to fight McGregor in a boxing bout.

“First of all, the UFC needs that money, it’s $50 million in the bank account, that’s the biggest fight offer that’s ever been put on the table unless it’s Floyd Mayweather,” the Ohio-born boxing convert said.

India Lodges Protest With Pakistan Over Demolition Of Hindu Temple

What is happening with migrant children at the southern US border?