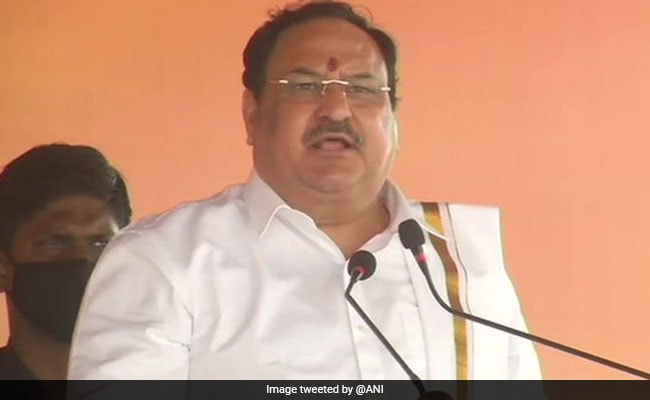 JP Nadda has hailed the Union Budget as one for an “Aatmanirbhar Bharat”.

The BJP on Monday hailed the Union Budget as one for an “Aatmanirbhar Bharat”, and asserted that this all-inclusive budget will strengthen the economy and double farmers’ income.

Ruling party leaders lauded the budget for its focus on a number of measures, including capital expenditure, tax exemption for senior citizens and incentives for start-ups among others.

Senior BJP leader and Defence Minister Rajnath Singh said this budget is for an Aatmanirbhar Bharat and will strengthen the economy.

Underlining that drafting the budget during the coronavirus pandemic was a complicated task, Union Home Minister Amit Shah said the government has given an “all-inclusive” budget under the guidance of Prime Minister Narendra Modi.

The budget will do justice with farmers, generate more employment opportunities and will be beneficial for all, said BJP leader and Union Minister Prakash Javadekar.

Party spokesperson Shahnawaz Hussain praised the budget’s emphasis on affordable housing for all, and said it was sensitive to the needs of diverse sections of society.

Party leader Jyotiraditya Scindia said Finance Minister Nirmala Sitharaman has presented a well laid-out plan to get the economy back on track.

“A forward-looking budget. It will make good on the government”s USD 5 trillion economy promise. Multiple pluses: increased govt spending in major sectors like infrastructure, agriculture and healthcare; safety net expanded for the vulnerable; & opportunities for greater private investments,” he tweeted.

Nominations For Upcoming Rajasthan Assembly Bypolls Can Be Filed Online