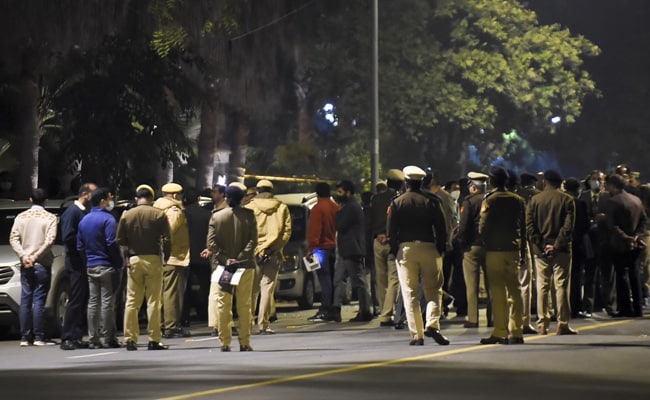 Security personnel outside the Israeli Embassy in Delhi after a low intensity blast.

The Israeli foreign ministry has said that all its diplomats and embassy staff are “safe and sound” following a blast outside its embassy in New Delhi today.

A minor IED blast took place outside the Israeli Embassy in the heart of Lutyens’ Delhi this evening.

“An explosion occurred a short while ago, close to the Israeli Embassy in New Delhi. There are no casualties and no harm was done to the building. All Israeli diplomats and embassy staff are safe and sound,” a foreign ministry release said.

“The event is being investigated by the Indian authorities who are in contact with Israeli officials,” it said, adding that the foreign minister is frequently being updated on the situation and has directed to take all necessary precautions.

“We will report further developments as they occur,” the release said.

Earlier in the day, Delhi Police Additional PRO Anil Mittal said that it was a “very low intensity” blast.

“No injury to any person was reported and nor was there any damage to property except the glass panes of three vehicles parked nearby,” he said.

Initial impressions suggest it could be a mischievous attempt to create a sensation, Mr Mittal said.