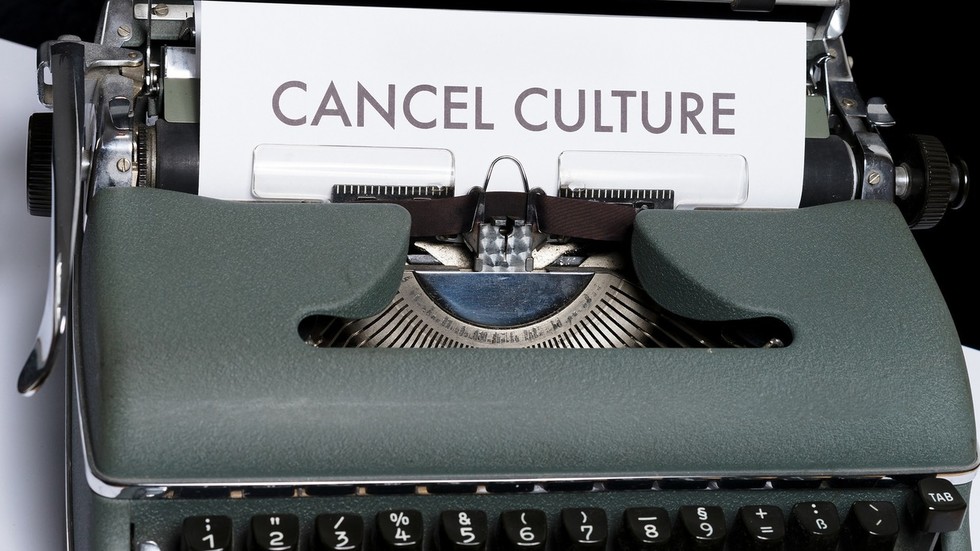 Surveying both victims and perpetrators of political discrimination in the US, the UK and Canada, researchers at an academic think tank have found intolerance toward dissent is only just beginning – and things may get much worse.

Purporting to be the first paper of its kind to “investigate authoritarianism and political discrimination in academia,” the study, conducted by the Center for the Study of Partisanship and Ideology’s Eric Kaufmann, seemed to support conservatives’ longstanding complaints that they and their political viewpoints face disproportionate levels of ideologically-motivated censorship.

While what the researchers called “hard authoritarianism” – no-platforming, social media brigading, ‘open’ letters, dismissal campaigns, and formal complaints – was comparatively rare, the absence of any opposing intellectual force meant that the militant cancel-culture activists often got their way. Meanwhile, “soft authoritarianism” – punishing non-conformists by limiting their ability to publish, win grants for their work, be promoted or retain current positions – provided an added burden (and incentive to keep quiet about their beliefs) to conservative academics.

In the US, UK and Canada, some 40 percent of academics told the researchers they would not hire a Trump supporter, and one out of three in Britain would refuse a position to a Brexit supporter. But there’s one scarlet letter that will get a person ostracized even further in academia, they found: being considered a gender-critical feminist, i.e. holding a biological-based view of sex.

Just 28 percent of American and Canadian academics told CSPI they would be OK with going to lunch with someone who believed trans women should not have access to women’s shelters – though the survey did not specify the anatomical characteristics of the trans woman, a factor that would typically have a significant bearing on how gender-criminal feminists answer that question.

While most college professors insisted they were not fans of authoritarian cancel culture, most wouldn’t lift a finger to oppose it either. Just 10 percent of those surveyed supported firing “controversial professors,” a faction that is clearly exercising its powers far disproportionately to its numbers. But if left to its own devices, cancel culture is bound to get quite a bit worse before it gets better. Younger academics were more favorably inclined toward kicking “controversial” scholars out of their posts – a factor which appears to be self-perpetuating, as conservative graduate students claimed that a hostile academic climate “plays a part” in stopping them from pursuing academic careers.

Conservatives’ insistence on bias in the academy seems to be successfully borne out by CSPI’s research, which indicated more than a third of right-wing academics had been threatened with some form of discipline for their viewpoints. Fully 70 percent cited a “hostile departmental climate for their beliefs,” even if they had not personally been threatened, suggesting at least some on the right camouflage their beliefs to avoid punishment.

And indeed, the vast majority of academics in the social sciences or humanities (90 percent of Trump supporters and 80 percent of Brexit supporters) admitted they would not feel comfortable sharing their views with colleagues, with more than half admitting to self-censoring in research and/or teaching to avoid repercussions. Academics in the social sciences – particularly those involved in studying race, gender and sexuality – were particularly required to walk on eggshells.

The younger the academic in question, the more likely they were to support at least one of four hypothetical research findings, CSPI noted, stating that a 30-year-old leftist academic has a 50-50 chance of supporting one of its hypothetical cancel-culture campaigns while his 70-year-old ideological equivalent had just a 35 percent chance of doing so.The conclusion does not look good for academic freedom, as each new generation reads as more likely to cancel someone with whom they disagree, and Kaufman’s research reportedly dispelled the notion that the majority of academics not speaking up about cancel culture are against it.

Even if they were not worried about the consequences to their career or social status, he said, most academics had no strong opinion about cancelling their fellow scholars. The climate inside academia is so different, in fact, that 76 percent of academics in the social sciences and humanities believe the “protective benefits of political correctness outweigh its threat to free speech” – something just 41 percent of British people believe.