Home > WORLD > 'A bit like royalty': Prince Harry mocked for condemning 'attack on democracy' in US Capitol 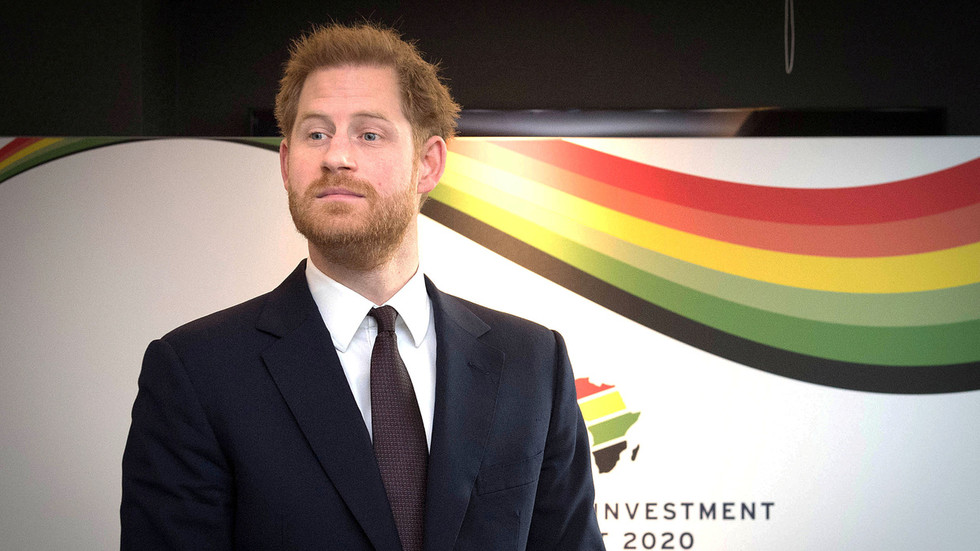 Prince Harry, the Duke of Sussex, found himself mocked on Twitter after he condemned social media companies for allowing the organization of the Trump supporters who stormed the US Capitol.

“There is no way to downplay this. There was a literal attack on democracy in the United States, organized on social media, which is an issue of violent extremism,” Harry said in an interview with Fast Company on Friday, referencing the January 6 storming of the Capitol, adding, “It’s hard for me to understand how the platforms themselves can eagerly take profit but shun responsibility.”

Though many Americans and Brits are becoming increasingly concerned about the power of Big Tech companies, social media users were quick to point out the irony of a literal prince calling out an “attack on democracy.”

Prince Harry is irrelevant. I do not need him to tell me it was an attack. I AM AMERICAN. I KNOW THIS. why doesn’t he go just go back to princing? 🙄

He’s literally the poster child of white privilege and monarch rulers who colonized and pillaged themselves to wealth. PS: There’s no such thing as a “prince”. pic.twitter.com/HwXvEsNCAY

“Whatever his good intentions might be, I do have a slight problem with an unelected prince being concerned about democracy and the legitimate status of those in power,” commented one user, while another wrote, “As an American, I do not want to hear from Harry about MY country. He has no idea what the Capitol means to us, to Democracy.”

This is hilarious (a notoriously shallow Prince word-salading without a word of challenge from a fawning interviewer) but also very sinister. The wealth & status that allows Harry to influence other uneducated people is all unearned. He is undemocratic. He is unaccountable. https://t.co/5AwTAKyxO2

One social media user also pointed out that Prince Harry’s ancestors “had to be convinced by a mob, long ago, to relinquish their absolute power.” Others accused him of having “nothing to offer except his birthright,” and quipped that one of the biggest threats to democracy is royalty.

Prime example of their PR team in overdrive, trying desperately to keep a man, who acquired immense privilege by birth, relevant in his new wokeness.

Says the Son of a man who hung out with the most prolific, unimpeded, sexual abuser of children in UK history. They even gave him the keys to a children’s mental hospital so he could prey on the disadvantaged. Bruh shut up. #Jimmysavile https://t.co/NyhOqzz2Sj pic.twitter.com/wmefgwSoi3

But not everyone scolded the Duke of Sussex. Journalist Reham Khan praised Harry as “a great role model for younger people & society at large.”

Prince Harry and his American wife, Meghan Markle, the Duchess of Sussex, officially broke away from the royal family in 2020 to focus on personal endeavors and live on their own independent incomes. The couple moved to California and have since become very vocal about politics and current affairs – traditionally a big no-no for members of the royal family.

‘It’s going so much better’: Evgenia Medvedeva on kissing puppies, her new food obsession and her return to fitness (VIDEO)

Bitcoin pushes through $28,000 mark on its steady path to the next symbolic milestone