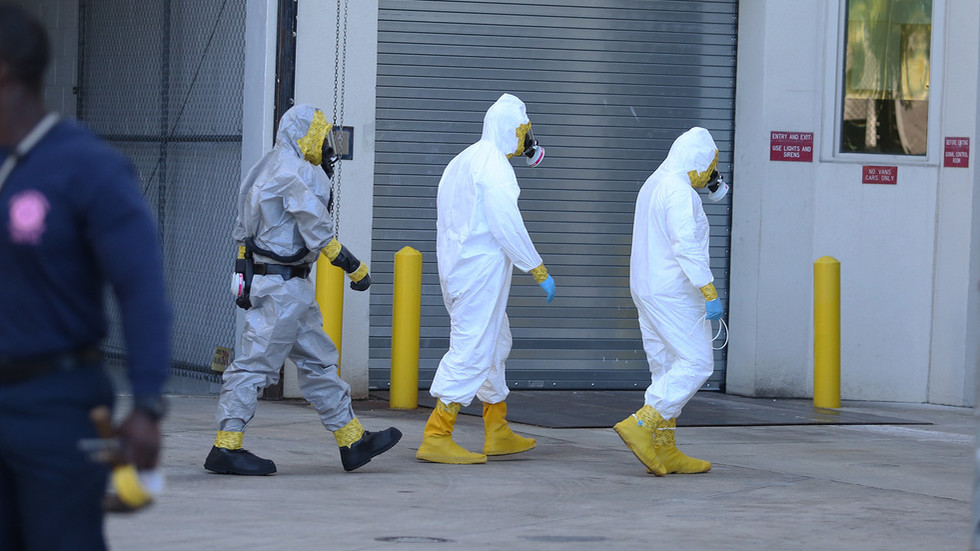 6 killed, scores injured after chemical leak at factory in Georgia 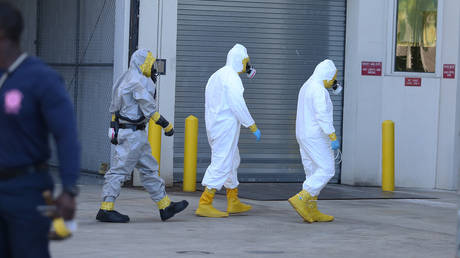 At least six people have been killed and more than 100 treated by medics after a liquid nitrogen leak at a food processing plant in the US state of Georgia, local officials said on Thursday.

The incident occurred at the Prime Pak Foods plant in Gainesville, Hall County, at around 10am local time Thursday.

A spokesperson for the Northeast Georgia Health System said multiple people are receiving emergency treatment, with at least 10 people hospitalized.

Five people reportedly died at the scene, while a sixth succumbed to injuries after being rushed to hospital.

One eyewitness to the aftermath of the incident told news outlet CBS46 that he saw people fleeing the site “screaming and yelling and looking for one another”.

We’ve been asked to leave the church where 130 employees were sent for monitoring after the leak. They’re being checked out now. One man told us he was doing fine, but many are concerned about getting In trouble for talking about this incident . @wsbtv pic.twitter.com/npAp6sEOzc

Four firefighters are among those admitted to hospital, and three people are in a critical condition, health officials said.

At least 130 people were treated at a nearby church and students at an  elementary school were ordered to shelter indoors. Police have told people to avoid the area and local road closures are in place.

Lyman Hall Elem is sheltering n place due to nitrogen leak at nearby poultry plant. Students indoors/safe. Leak contained/not airborne. Memorial Park Highway closed temporarily as officials address the situation. We will notify parents once the shelter in place has been lifted.

The entire roadway of Memorial Park Drive/Road (from Browns Bridge Rd to Atlanta Hwy) is shut down due to a HAZMAT situation. Please avoid the area and use alternate routes.

Covid-19 vaccines: Is it OK to get a leftover jab?

Collision between train and truck causes massive explosion in Texas

Remembering the entertainment and arts figures we lost in 2020