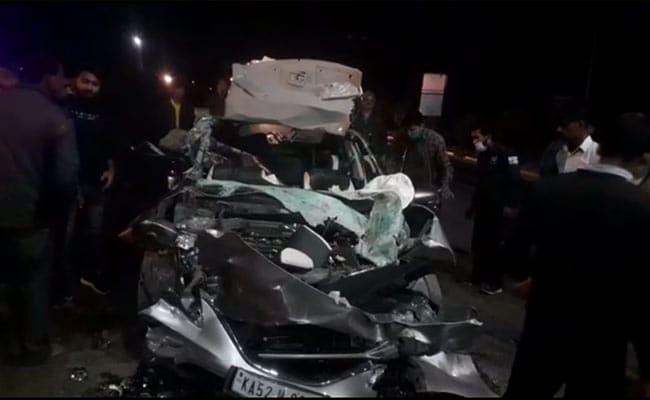 Prima facie, the car was speeding at the time of the incident, police said.

Five members of a family were killed and three others were injured on Monday evening when the car they were travelling in rammed into a oil tanker parked at a toll plaza near Seoni in Madhya Pradesh, police said.

The victims, including three women, hailed from Varanasi in Uttar Pradesh. They were headed towards Bengaluru in the car when the accident occurred, said Bundol police station inspector Dilip Pancheshwar.

Prima facie, the car was speeding at the time of the incident, he said.

The injured persons were rushed to a hospital in an unconscious condition, the police inspector said.

that a nine-year-old girl and a four-year-old child were admitted in the district hospital.

As per preliminary investigation, Mr Patel was at the wheel at the time of the accident, the inspector added.

Coronavirus, Brexit, Christmas: How a dramatic week unfolded in the UK

Donald Trump Won’t Be Allowed On Twitter Ever Again: Official

COVID-19 Vaccine Wastage Has To Be Drastically Reduced, Says Centre