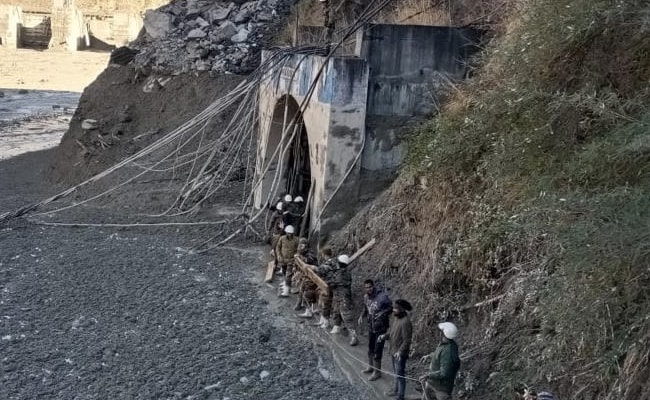 5 Bridges Destroyed, Food Via Air For Cut Off Villages

A glacier broke off in Uttarakhand’s Chamoli, leading to flash flood that hit several key infrastructures

Access to at least 13 villages in Uttarakhand’s Tapovan that was hit by flood after a glacier broke off in the upper reaches of the hill state remains cut off. The glacial disaster washed away five bridges of the Border Roads Organisation in the area.

These bridges – one big and four small – connected narrow roads in the hills with the 13 villages. Officials said arrangements are being made to airdrop food packets to the villages.

Visuals of a key tunnel at Tapovan show the structure covered in mud and debris. Two power projects – NTPC”s Tapovan-Vishnugad hydel project and Rishi Ganga hydel project – were extensively damaged when water from the glacier that broke off hit the facilities.

Some 170 were missing till Sunday night and seven were killed in the disaster.

Chamoli district magistrate Swati S Bhadoriya and police chief P Yashwant Singh Chauhan are camping at the site. There are 17 gram sabha areas affected by the disaster, out of which 11 were inhabited, while the residents of the rest had moved to lower areas for the winter.

Norway Shuts Borders To Nearly All Non-Residents Over Coronavirus