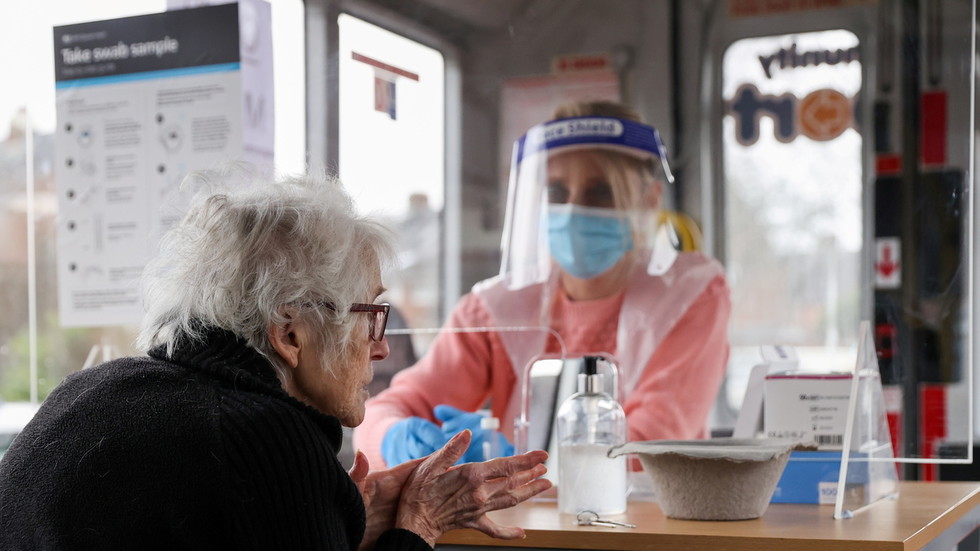 A further two new Covid-19 variants have been detected in the UK, the government’s New and Emerging Respiratory Virus Threats Advisory Group (NERVTAG) said on Tuesday while confirming they are investigating the strains.

NERVTAG has classified a mutation of the earlier so-called UK variant – called B117 – as a new “variant of concern” after 14 cases were discovered in Bristol, four in Manchester and three in other areas. Officials also declared another new strain of Covid-19 discovered in Liverpool as a “variant under investigation.”

Public Health England (PHE) has identified at least 42 cases of the Liverpool variant across the city, while other infections have been reported in nearby Warrington and in parts of Lancashire.

Both the variants feature the E484K mutation in the spike protein of the coronavirus, which was first seen in the Covid-19 variant from South Africa and then in the strain originating from Brazil.

Scientists believe the original B117 variant, first discovered in Kent last year, will still be covered by current Covid-19 vaccines, and that people who get the jab will be protected against developing severe illnesses even after contracting the strain.

However, the new variants could prove a headache for health chiefs, as the E484K mutation “appears to have an impact on the body’s immune response and, possibly, vaccine efficacy,” according to the British Medical Journal.

In the UK, Covid-19 variants are investigated by health officials if they show “concerning epidemiological, immunological or pathogenic properties,” and following a risk assessment, they may be designated a “variant of concern.”

On Tuesday, the UK reported a further 12,364 new Covid-19 cases and 1,052 deaths within 28 days of a positive test. More than 12.6 million people across the country have now received their first dose of a vaccine against the virus, according to government data.

‘We will be trading on WTO terms,’ warns Gove, noting time to debate & approve a post-Brexit deal is running out