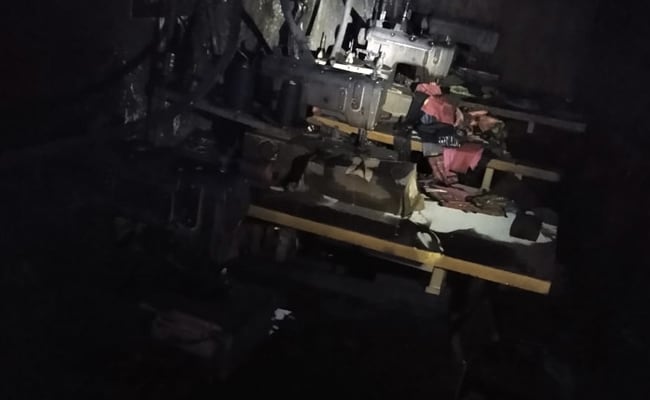 1 Dead, 3 Rescued After Fire Breaks Out At Mask Manufacturing Unit In Delhi’s Mayapuri

The fire broke out on the third floor of the factory where machines and raw materials are kept.

One person died while three were rescued when a fire broke out at a mask manufacturing unit in Mayapuri, Delhi on Saturday morning.

A call about the fire was received around 3.50 am, and six fire tenders were rushed to the spot, a Delhi Fire Service (DFS) official said.

He added that the mishap occurred after machines and raw materials on the third floor of the manufacturing unit caught fire.

DFS Director Atul Garg said fire officials broke down the door of the factory and rescued three people, one of whom was unconscious.

The man was taken to the Deen Dayal Upadhyay Hospital, where he was declared brought dead, he said, adding that he was identified as Jugal Kishor.

Prince Harry But No Meghan Markle At Funeral For Prince Philip: Palace